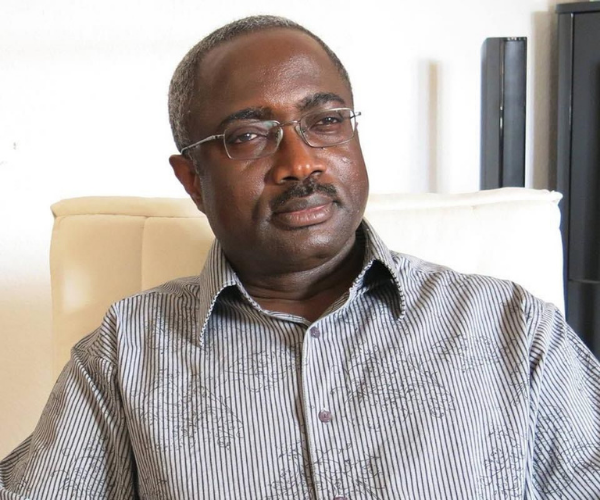 As his senior brother Yaw churned out stories about life in Presec after dinner on the verandah in the full glare of the overhead florescent light, he made up his mind to choose Presec for his secondary education. Despite the protestations of his primary school teacher he stuck to his guns and chose Presec.

The Peugeot 404 car that brought him on Wednesday September 22nd 1976 almost dropped him off at Riis House but he was quick to remind his uncle that his assigned house was Akro. What if he had gone to Riis? That is a matter for metaphysics debate. Kwame Asiedu would be in Akro House for the next seven years. His favorite food in Presec was Kenkey; with sardine or mashed kenkey (Ag3g3). A good social mixer, Odadee Asiedu shielded many juniors from unnecessary punishment and though this endeared him to juniors, it often brought him in disagreement with his colleagues and mates. Kingbee’s favorite verse at after prep evening devotion was 1 Sam 15:22: “Behold, to obey is better than sacrifice, and to hearken than the fat of rams”. He also often recited headmaster Rev Mate Kojo end of term admonition “Don’t rest during the holidays; If you rest you will rust”. 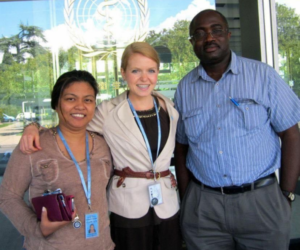 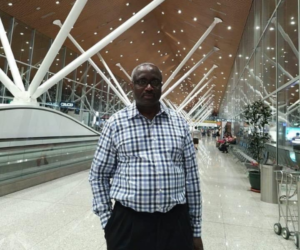 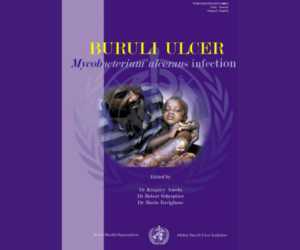 After leaving Presec, Kingbee studied medicine at School Of Medical Sciences UST Kumasi and graduated in 1990. He was a fellow of Katanga Hall of the University. In search of greater laurels, Dr Asiedu did his postgraduate training in public health at the Rollins School of Public Health Emory University, Atlanta USA with focus on health policy and management. Over the past 27 years, he has worked in clinical and public health internationally which have provided him with robust technical, strategic, diplomatic and leadership skills. Dr Asiedu has authored and co-author several peer-reviewed papers and has published more than 50 scientific articles and book contributions. In the course of his field work, he has travelled extensively to over fifty countries around the world.

Odadee Kingsley Asiedu the public health expert, is currently in-charge of the Global Buruli Ulcer Initiative and leads the global control and eradication programmes for two other diseases mycetoma and yaws that mainly affect the poorest populations of in affected countries. His medical documentary: The Mystery Disease (Buruli Ulcer) was a winner at the International Health and Medical Media Awards. He is credited with the concept of tackling in an integrated manner, all neglected tropical diseases which in one way or another, affect the skin. The aim is to facilitate the identification, early detection, control and treatment of many of these skin conditions in a cost-effective and integrated manner. He recently led the publication of a manual on skin diseases to help primary health care workers with limited skills in dermatology to be able to diagnose and manage patients.

A proud Odadee who wears Presec on his sleeve, Dr Asiedu has often found ways to remind his audiences about his Presec beginnings. Typically laid back and shunning the limelight due to Presbyterian training, Kwame has supported the Odadee Agenda not only monetary wise but more importantly with his strategic input when we needed direction. He has visited the school on countless occasions just to have a nostalgic feeling of his days. On one such visit, he took his kids to Akro House Dorm C showing them his bed and the no go territory of Senior Akwasi Amakye aka Old Sailor. Kingbee served Presec as Dining Hall Prefect with distinction. In the tradition of past CBOs like Seniors Fiagome, Ntiful,Deroy, Abaade, Zooway and Zorro, Kingbee roared “No food is leaving the dining hall” leaving juniors perplexed as they ended up finding food for the seniors who sent them!!!!! The Anyinam native and last son of Auntie Mercy, Kingbee is generous to a fault; his guiding philosophy in life is to help those he meets in whatever way possible.

Odadee Dr Asiedu’s Presec Juniors Kenkey record of 4 balls in October 1979 still stands. Don’t ask me what happened in the dining hall that afternoon. What happens in Presec stays in Presec.