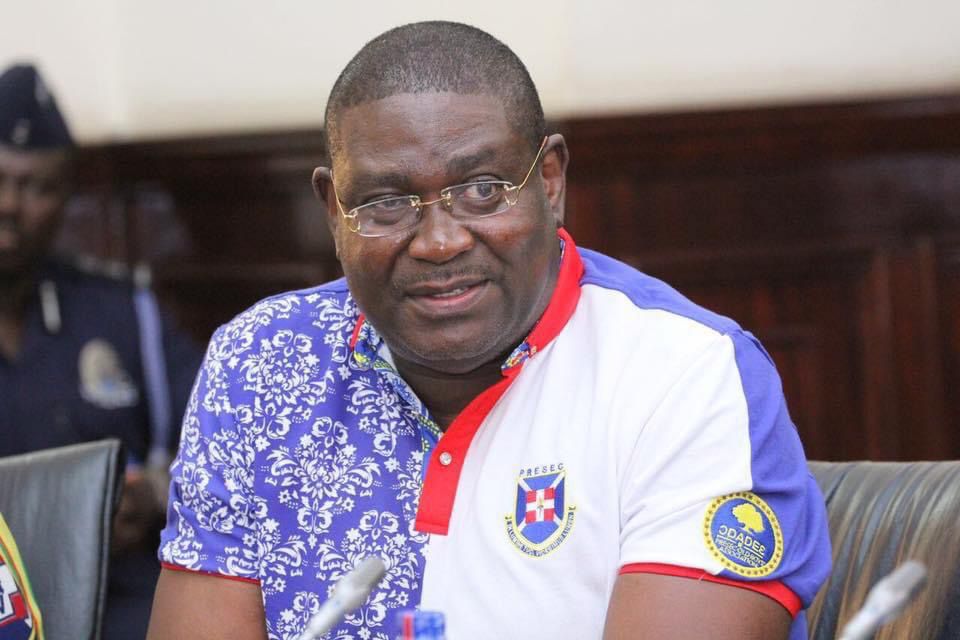 Rev. Dr. E.S.M Markwei is an ordained minister of the gospel and President of Living Streams International. He is also an able visionary leader of the Odade3 Global fraternity.

Of Fate & Destiny: Rev E. S. M Markwei The Joshua Of Our Time

“Moses my servant is dead. Get ready! Cross the Jordan River! Lead these people into the land which I am ready to hand over to them.” – Joshua 1:2

All night, he tossed himself in bed as sleep eluded him. His medical doctor wife thinking it was indigestion brought a laxative remedy. It was wrong diagnosis on her part because Odadee Rev Ebenezer Markwei lack of sleep that night had to do with wrestling with a decision he needed to make.

Presec was playing second fiddle in the arena of alumni associations in Ghana. The silence on the Odadee fraternity front was deafening and her total anonymity was unbefitting of a school of her stature. Alumni cared little or paid no heed to happenings in the school as it seemed the umbilical cord between Father Odadee and her children had been severed for good. Not so fast.

Just before Rev Markwei left his church office that Wednesday evening in 2014, three mates of his 1978 Year Group broke protocol and forced a secretary to usher them in. Their mission was simple: they wanted the Engmann House Dormitory A boy to run for the presidency of our alumni association. They were in no mood to entertain any excuses. To them, their uncompromising stance was a vote of confidence and recognition of their colleague’s penchant to accept challenges and conquer new frontiers. Hungry and eager to get home and feast on the banku and koobi egg stew dinner he had earlier requested prepared for him, Rev Markwei parted ways with his colleagues with a promise he would think over their suggestion and revert in next few days. It was a tough decision and an agonizing dilemma. Osofo Maama had many tangible reasons to walk away from this suggestion of his friends; after all his pastoral/ministerial responsibilities alone had his hands full. But to turn his back on Presec a school that imbued in him the virtues and values for life was an anathema. By dawn, Rev Markwei sweating on his forehead had made a decision: he would stand for that office and work in concert with others to restore the lost pride of Presec. A sense of calmness took over thereafter. 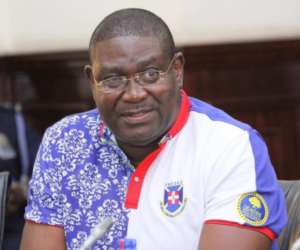 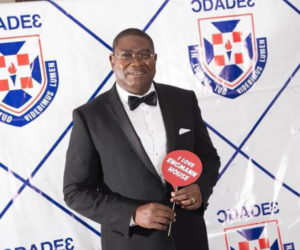 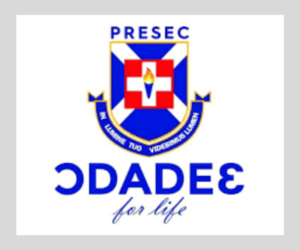 Speeches define leaders and their mission. The ‘You were in Presec but Is Presec in you?’ speech was so moving it touched cold hearts of many reluctant Odadees. It was in that same speech that he stated His 3Vs vision for the association: Visibility, Vibrancy and Viability. Year groups bought into the vision of Presec being branded and began scrambling and falling over themselves to give back to the school. In three years under Rev Markwei, alumni have undertaken over 21 projects contributions to Presec; unprecedented in the annals of the school. The Presec Bonfire night has become a must attend event on social calendar of many drawing a 12,000 crowd in 2017.

David used five stones to conquer Goliath but Rev Markwei abandoning the micro management approach revived the General Council structure of the alumni association; bringing all year group presidents/ reps into a consultative body. The passion this great grandnephew of Nii Armah Ollenu and Ako Adjei both great Ga intellectuals, brings to alumni office has seen him making himself available at even importunate times. Leaders sometimes inconvenience themselves to get results. Few days to the Yalta conference in 1945, polio stricken President Roosevelt was not in the best of health. Doctors advised he skipped the meeting with Stalin & Churchill. He overruled them. So a not too well President Roosevelt in a wheelchair came to that epic conference. When an explosion occurred at Atomic junction in 2016, Rev Markwei abandoned a social outing and drove to the school to offer assistance and calm panicky students. When a group of intoxicated old boys high on Hennessy and Jack Daniels went on the rampage in Clerk House beating students just to show them the beatings of their time, Osofo Maama interrupted a meeting at the Assembly Hall and went to face them. Removing his ministerial garb and collar and putting on his akotoku garment, he physically fought them sending one down with a left hook reminiscent of DK Poison knockout of Fukuyama in Tokyo in 1976. But that was to be expected because he was a pupil at South La Experimental School [Osu Home School] and a resident of Katanga during his University days at UST.

Room 38M University Hall his room, was the place to be in early 1980s as Nuumotse or Spiritual Leader as he was then called shared whatever food he had amidst discussions and review of current affairs. But this favorite student of Prof F. O Kuffour had always said he would preach the gospel and being leader of then Calvary Road Singers for years must have been the training he needed. Today he is head pastor of Living Streams Ministry in Accra with branches in Ghana, London and large following in Brazil where he goes annually to host revivals and pastors’ conferences. Osofo Markwei played the left full back position in primary school but it was more of ‘if you miss the ball, don’t miss the man’ type of play.

Rev Markwei has flaws because he is human. Some say “him matta hard small”. But as lawyers consider the preponderance of probabilities, he comes out as an able visionary leader of our fraternity. Philosophically, Presec has left Egypt and crossed Jordan on her way to the Promised Land. There are still the Amalekites and Jebushites to conquer but we are on track.